The phrase “high resolution” gets thrown around a lot in 3D printing.

But, what does it mean to have a “high-resolution 3D printer”?

Unlike photography (expressed picture detail regarding megapixels) and laser printing (dots per inch), 3D printing is much more complicated as there isn’t a single metric to measure the effective resolution.

Some will substitute layer height, expressed in microns as resolution, but that only helps with hiding the visual effect of the FFF/FDM layering process. A 3D printer with an inaccurate motion control system will still make a poor part.

Some will look at the 3D printer’s ability to hold certain tolerances. That may be somewhat accurate, but that won’t actually measure the visual appeal of a part. 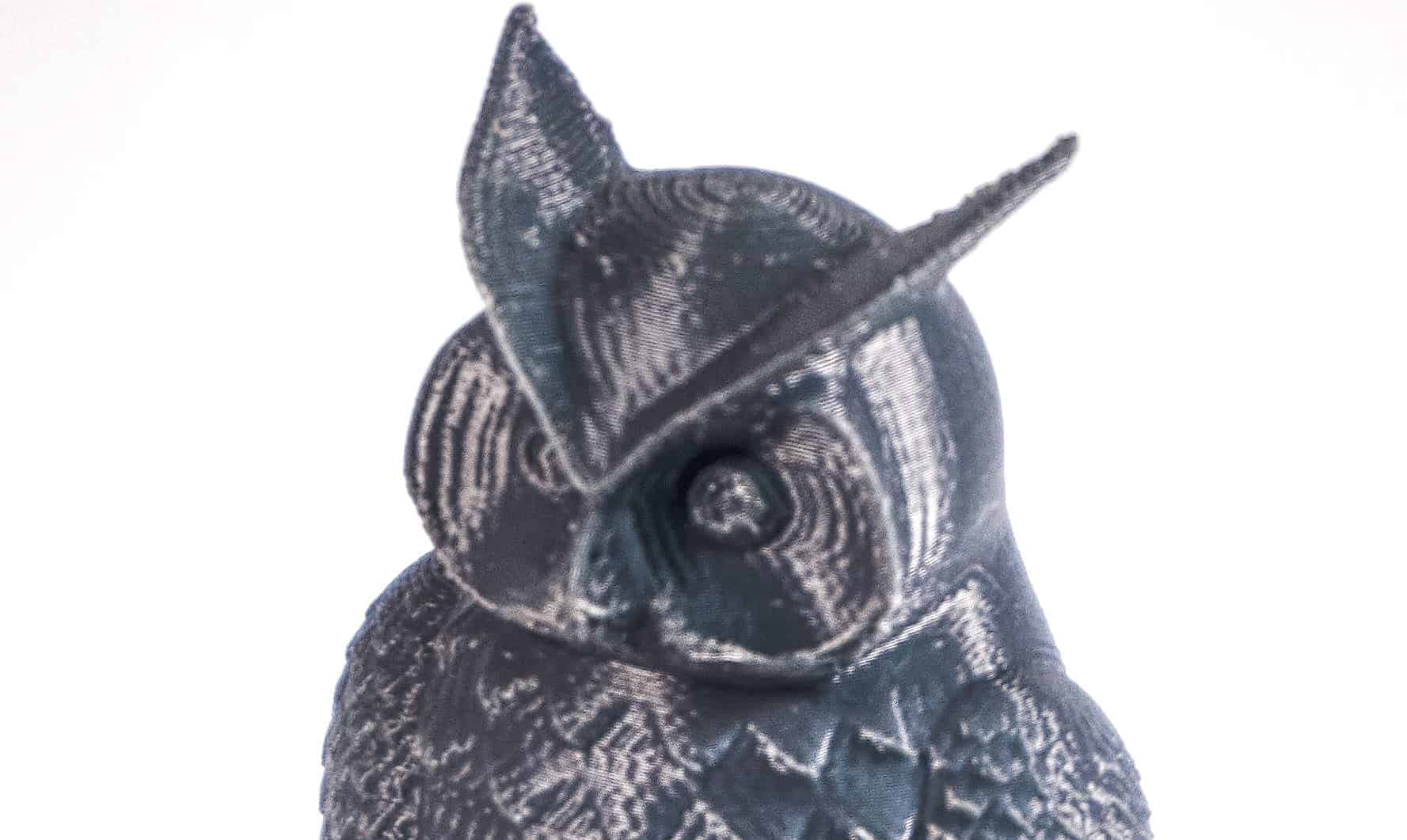 High-Resolution 3D Print of An Owl Figurine, Printed at 100 micro layers on the Fusion3 EDGE

Other 3D Manufacturers will attempt to market their 3D printers as ‘high-resolution’ based on these factors:

In short, neither of these factors translates into the aesthetic appearance and dimensional accuracy of your part (does the part measure up to its dimensions in your CAD drawing?).

Fusion3 believes that two key factors contribute to overall print quality (as a proxy for high-resolution): Precision and Layer Alignment.

Precision is the ability of the print head to dispense each layer of plastic as exactly as designed by the user in his/her CAD software. If the 3D printer cannot get the plastic placed at the right coordinates, your quality will immediately suffer.

Layer Alignment is the 3D printer’s ability to place each layer as exact as possible about the previous layer. If a print doesn’t have the layers aligned properly, let’s say for a cube, then the surface will appear rough and not have the desired dimensional accuracy required by the customer.

The motion control system (F-Series Platform) used in Fusion3’s EDGE 3D printer provides excellent precision and layer alignment. We use a proprietary variant of “Core XY” drive system with enhancements we’ve developed that can precisely position the ANVIL print head, dispense materials and repeat each layer with a level of precision that ensures great print quality and excellent dimensional accuracy.

Other manufacturers hide the flaws of their motion control system by reducing layer size and slowing down their 3D printer to improve accuracy.

Fusion3’s system not only is accurate and precise but is also faster than most FDM 3D printers on the market. Our system can balance both your effective print quality with time to print to ensure an efficient, productive print system for our business and education customers. There is no better comparison between different 3D printers than to print the same part and make a side-by-side comparison.

Contact Fusion3 today to get your part printed on the EDGE 3D printer and see how our 3D printers can print at fast speeds (20-40% faster than competitors) at similar or better print quality and at high-resolution.